Not only does the Scooter & Service provide bespoke Vespa units that are guaranteed to turn heads, but it also offers parts and tuning services.

AETHER has teamed up with Veldt on a collection of one-of-one handpainted motorcycle helmets by artists like Rob Carter and Alessandra Expósito. 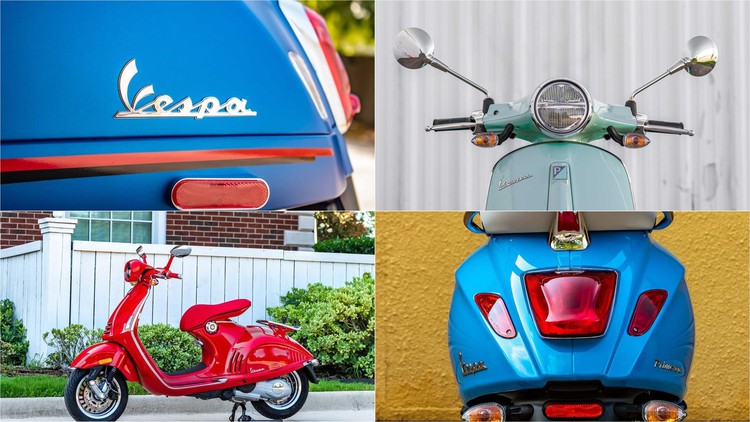 Get them started early.

Source: My Kid Is Obsessed with This Toy Vespa (Almost as Much as I Am)

Another new player in the thriving electric scooter game.

Source: Urban Mobility Made Simple: Bgaus A2 And B8 Electric Scooters

“Overall, our sales are up at least 50 to 70%,” said Rob McLendon, III, of D&D Cycles, an Aprilia, Kymco, Piaggio, MV Agusta, Triumph, and Vespa dealer in Pensacola, Florida. “I’ve made about three or four extra orders of scooters, alone. I’ve been going to auctions, buying five or six used bikes at a time, which is a lot for us, and selling them all before I can get them fully prepped for resale.”

In today’s current climate, scooters are arguably the easiest, safest, cheapest and most convenient mode of powered transport there is, especially around town. You can easily filter through traffic, they’re kind on the wallet thanks to their fuel efficiency, you can park in the tightest of spaces and they boast superior storage space over other […]

Source: Americans get yet another seated electric scooter option with Italian import