The unique seat design of the Vespa 946 is one of a kind in the Italian’s scooter lineup.

This beauty is nearly ready to go.

The 250 images, technical detail, and historical depth in the book make it an instant classic and collector’s item, whether you’re a Vespa owner or not. 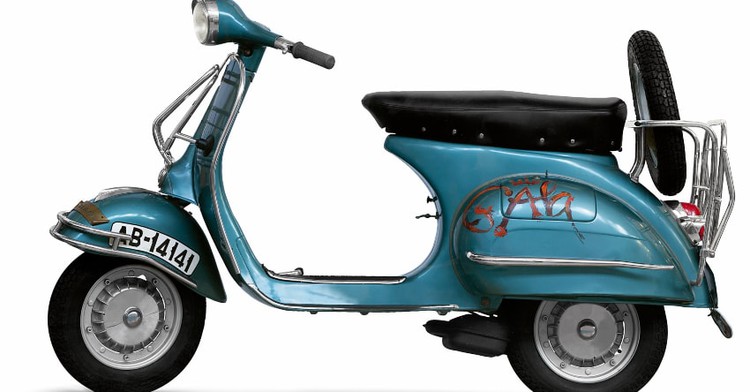 The Italian two-wheeler’s 75th anniversary is celebrated in a new coffee table book.

Source: 10 Things You Never Knew About the Iconic Vespa Scooter

BMW’s new scooter concept is a clean break from scooters we’ve known before.

Despite a slow start to enter the electric motorcycle and scooter market, Yamaha has been making headway in the industry lately. The Japanese brand’s latest offering is the new e-Vino electric scooter. But you shouldn’t start planning to go on any long road trips with this scooter. Its small size and low range make it […]

KUCHING: A Malaysia Day convoy featuring 20 Vespa scooters took to the streets here to celebrate the formation of Malaysia 57 years ago. Organised by the Kelab Skuter Besi Rider, the event was flagged off by Sadong Jaya assemblyman Aidel Lariwoo at a coffeeshop near the Temenggung Abang Kipali Abang Akip roundabout in Petra Jaya this morning. When met prior to the

Looking at the Italian icon’s American history, and its potential for yet another comeback.

Source: Why Did Vespa Never Take Off in the U.S.?